Posted at 18:56h in Uncategorized by uberadmin 0 Comments
0 Likes 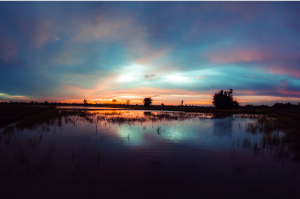 “It is true that I am fundamentally an optimist, that I am congenitally hopeful” – Eleanor Roosevelt

Recently, the story of Job came to my mind, particularly the following words from Job: “What I feared has come upon me; what I dreaded has happened to me” (Job 3:25). At some point in his past, Job feared bad things would happen. Job, at some point, had bad expectations.

We see a different attitude in the Psalmist, who confidently says: “goodness and lovingkindness will follow me all the days of my life” (Psalm 23:6). The Psalmist has positive expectations about the future. The Psalmist displays hope.

Hope is considered a virtue. A long line of philosophers, from Socrates in Ancient Greece to Alasdair MacIntyre in the 21st century, have pointed out that virtue is what allows for human flourishing. Modern psychology also reports this connection between virtue and well-being. In particular, higher hope is associated with greater well-being in adults and school-age children. Likewise, hope negatively correlates with psychopathology in adults and school-age children (Tugade et al., 2014, p. 401). Following the Psalmist and modern research, we can say that hope is a sign of the wise.

What is hope? Hope is “believing that a good future is something that can be brought about” but also working to achieve it (Niemiec, 2018, p.144). The essence of hope is positive expectation and action.

We can cultivate hope by imitating models of hope. Already the Ancients were aware of the power of imitation. Confucius linked moral development to observing role models. Socrates thought that “imitations, if they are practiced much past youth, get established in the habits and nature of body, tones of voice, and mind” (Plato, 2004, p. 77). St. Paul of Tarsus expresses this same sentiment, writing, “I appeal to you, then, be imitators of me” (1 Corinthians 4:16).

Learning by observing others or modelling is essential to modern educational psychology (Woolfolk, 2020, p.386). Because of the educational power of imitation, it is helpful to study the lives of great exemplars of hope, figures like Mahatma Gandhi (1869—1948), Nelson Mandela (1918—2013) and Eleanor Roosevelt (1884—1962). The wise personify hope, a hope that “does not disappoint us.”

Antonio Leyva is a member of The School of Practical Philosophy in Toronto since 2009.

Sorry, the comment form is closed at this time.